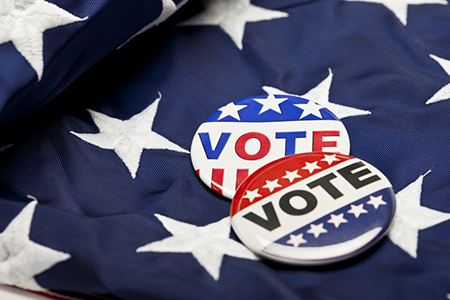 Hillary Clinton recently hired Lorella Praeli as her national director of Latino outreach. This is an excellent choice.

Lorella is a DREAMer. DREAMers get their name from the bipartisan bill called the DREAM Act. The DREAM Act would have allowed young undocumented adults who were raised in the United States to eventually obtain lawful permanent residence (the Green Card). The DREAM Act has never become law, but it provided the basic framework for eligibility for President Obama’s Deferred Action for Childhood Arrivals (DACA) announcement in 2012. Although Lorella now is a lawful permanent resident, she grew up in the United States without lawful status and was not even aware of her immigration status until she was in high school.

Lorella’s father brought her to the United States in 1999 for medical treatment after her leg was amputated following a car crash. Lorella attended Quinnipiac University on a scholarship, and she graduated in 2012 with honors.

Since 2010, Lorella has been active in the pro-immigration reform movement in Connecticut and nationally. With Carolina and Camila Bortoletto, she founded Connecticut Students for a DREAM (C4D) in the fall of 2010. In 2012, she joined the national coalition of DREAMer groups called United We DREAM as the director of policy and advocacy..

She has talked on subjects that range from anti-bullying, diversity training, immigration rights, and social activism to audiences ranging from high schools, universities, and community groups such as the Anti-Defamation League, LULAC’s Immigration Summit, United We DREAM summits.

I met Lorella in the summer of 2012 while helping C4D prepare a series of DACA clinics to help undocumented youth prepare their DACA applications. What impressed me the most was that she would focus on each person individually and engage with that person completely and without fear. She listens to people, engages with them, and respects them. She also takes them to task when they do not live up to their rhetoric. While her title might be national director of Latino outreach, I suspect her role probably will more accurately be the national liaison between the Latino community and the Clinton campaign. Lorella will listen to the community members, will take their concerns back to Hillary Clinton, and will hold Hillary Clinton accountable.

By attorneypenn | Published December 24, 2015 | Posted in Uncategorized | Comments Off on Lorella Praeli, National Director of Latino Outreach for Clinton Campaign

To get directions to this location, click "Directions" or "View larger map" on the map below (Google Maps will open in a new window).