Home / Blog / What is Happening with DACA (Deferred Action…

What is Happening with DACA (Deferred Action for Childhood Arrivals) Now? 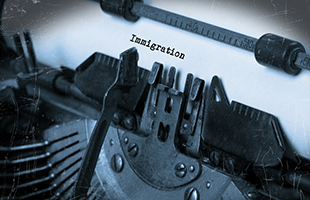 When President Obama first announced DACA (Deferred Action for Childhood Arrivals) in 2012, applicants were able to apply for work permits that were valid for two years.

In November 2014, President Obama expanded DACA and made it a three-year program as well as expanding the number of people who would be eligible to apply for DACA. Shortly after that, Texas and twenty five other states sued the government to stop the expansion of DACA. On February 16, 2015, the judge ordered a temporary injunction stopping the expansion of DACA.

The judge’s order does not end DACA, however, it does stop USCIS from issuing three-year work permits (called an EAD or employment authorization document). People who are eligible for DACA under the 2012 guidelines can apply for DACA and can apply to renew the grant of DACA. They will receive DACA grants and work permits for two-year periods.

Why am I getting this letter?

This does not apply to you if your work permit was issued before February 16, 2015.

What happens if I do not respond?

If you want to keep your DACA status, it is essential that you return your three-year work permit by July 27, 2015.

What should I do?

You should go to your local USCIS field office to return your three-year work permit. In Connecticut, the field office is at 450 Main St., first floor, Hartford, Connecticut 06103. If you live in another state, you can find your closest field office at https://www.uscis.gov. The homepage has a link to a field office locator tool.

What if I have a three-year work permit and I did not receive a letter?

If your EAD was issued after February 16, 2016, you should schedule an InfoPass appointment with your local USCIS office before July 27, 2015.

Should I see an immigration attorney?

This is a very unusual situation with a very short deadline, so if you think it impacts you, you should schedule a consultation with an immigration attorney. There are also legitimate pro bono organizations like Catholic Charities and the International Institute of Connecticut who you can meet with if money is an issue.

By attorneypenn | Published July 17, 2015 | Posted in Uncategorized | Comments Off on What is Happening with DACA (Deferred Action for Childhood Arrivals) Now?

To get directions to this location, click "Directions" or "View larger map" on the map below (Google Maps will open in a new window).